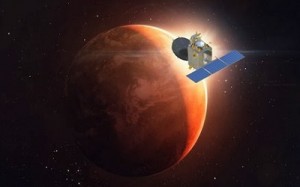 People often criticize scientific endeavors especially the ones pertaining to space travel as a waste of time and money. The Mars Orbiter Mission of India also known as Mangalyaan had its share of criticism throughout its development. In the midst of all this, the craft lifted off to space today, 5th November 2013 at 2:38 PM IST and was inserted into an orbit around the Earth with remarkable precision a few minutes later. This first step is a remarkable milestone in the history of Indian Space Program. Of course it is only the first of the three stages of the entire mission but it is something worth to be proud.

When the Indian Space Program was started in 1969, little did anyone know that India would become part of an emerging Asian Space Race. Our technologically superior neighbor has made excellent strides in the field of space travel. They had their first man and first woman in space using indigenous technology and now they are building their first space station. However, India’s achievements should not be seen in a lesser light because the focus of ISRO is more on unmanned missions. And having been able to start off successfully in a Mars mission is something that should invite our neighbor’s envy. 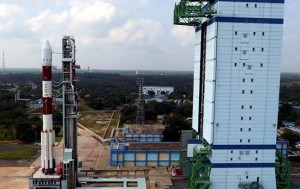 PSLV-C25 Rocket on the Launchpad

Mars has never been an easy target for space faring nations. The first ever mission to Mars was by the erstwhile Soviet Union as early as 10 October 1960. The heat of Cold War would have been probably the driving force to attempt a Mars mission just 3 years after Sputnik. The high failure rate see throughout the historic timeline of Mars exploration had made many a person including me quite apprehensive of the Mangalyaan mission. Even the recent failure of Phobos-Grunt and Yinghuo-1 mission of Russia and China in 2011 made people raise their eyebrows when it was announced that India is eyeing the red planet. It is exhilarating to finally see the probe lift off the ground in the PSLV-C25 rocket. ISRO’s faith in PSLV has paid off once again and we are on our way to become the fourth nation to reach Mars if everything goes according to plan.

India is a country with great economic and cultural divide. It may be justified to ask whether the mission was worth the 4.5 billion rupees spent on it when other national priorities such as women’s education and healthcare in rural India could be easily met with the amount. After all it is just a satellite that will orbit around Mars and send back signals of what it studies. People can ask what difference is this mission going to make. It is a difficult question to answer and would require vast amount of research. However, one thing can be said about it. Comparing India’s Mars mission to that of United States or Russia may be utterly unfair in my opinion. United States and Soviet Union had too much funding during the cold war to perform mission after mission despite the number of failures they encountered. And still they can afford to send rovers and other advanced instruments to deep space and afford to fail in it. This is India’s first interplanetary mission and should be compared to Mariner – 9 of United States which was launched back in 1971. Mariner – 9 was an orbiter mission and that is exactly what Mangalyaan is all about and must be seen as such. It is true that USA and USSR were having landers and rovers back in the ’70s but that fact should not be used to demean India’s mission. 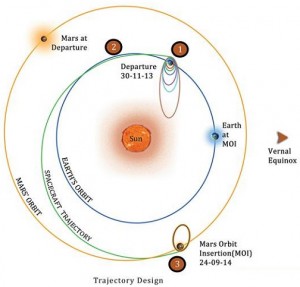 Mars Orbiter Mission of India is a step in the right direction. We may have poverty and prejudice within Indian society but one must see the bigger picture. As part of the human race, it is our duty to explore and colonize other planets. Saying that it will ensure the continuity of our species might be too much of a cliche but that is most certainly a part of interplanetary mission. Interplanetary missions in its true sense has not yet taken place since that would mean going to a distant planet and coming back. For that reason I am not very fond of the Mars One program that is currently seeking volunteers. A true interplanetary mission must ensure that participants are capable of going back and forth between the planets. Christopher Columbus and Vasco da Gama did not maroon themselves in the places they explored. They did go back to their homes to tell the stories about their journey. It is important thus for any manned or unmanned Mars mission to go there and return in order to be fully interplanetary. Anyway, I feel very proud of my country’s capability to perform a feat that many have failed in. Our two hostile neighbors in my opinion should learn from us instead of taunting us unnecessarily over petty border issues.