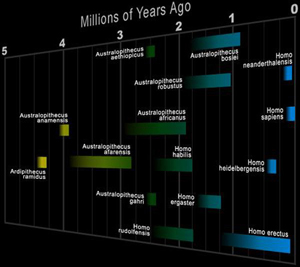 Evolution is the slow process of change that occur in physical, chemical, biological, geological, social, linguistic and cosmological systems and the components within those systems over time. The theory of evolution, which is the subject of this article is obviously biological evolution and its far reaching implications pertaining to human life. How the knowledge of evolution affects a person’s everyday life is something unknown to common man and something that he doesn’t bother to know. It is a fact that the reason why human species exist and flourish in various parts of the world today lies primarily in the process of evolution and the human knowledge of the same.

Before I start with the main content of this article, I would like to describe what exactly is meant by a scientific theory. Any scientific theory must qualify the following four criteria:-

Evolution is a theory that qualifies all the four criteria described above and provides an accurate explanation of the complexity and diversity of life on Earth. As a side note, I would also like to tell you that every scientific theory that qualifies the above four criteria still has its own realm of application. For instance, you can’t expect a scientist; no matter how gifted to explain why a sperm and egg fuse to form a zygote using the theory of gravity. That wouldn’t make sense since there are theories on sexual reproduction such as meiosis that give clear answers to questions pertaining to zygote formation. Similarly, you can’t expect someone to explain why objects fall using meiosis. 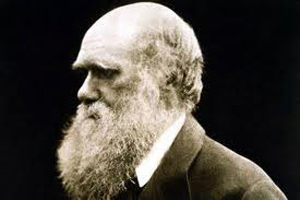 Hence, I don’t want to see comments asking, “Why doesn’t evolution explain the origin of life?” because evolution is not meant to explain it. There is another theory called abiogenesis that explains the various possibilities of origins of life on earth and possibly in other planets given the right conditions. Also I wouldn’t tolerate comments that defame Darwin and his contributions using contrived and misinformed information about his “deathbed conversion” and “rebuttal of his own theory because of missing links”. It is beyond doubt that Darwin was never converted in his deathbed and though he did accept that missing links existed, he never said that it is proof against evolution. In fact fossils of many of the missing links he postulated were later discovered and classified. Further, since 1859, the year when “On the Origin of Species” was published, there have been thousands of books written; hundreds of thousands of peer-reviewed papers published and millions of pieces of evidence amassed in support of evolution.

So, having established that evolution is a fact and the theory of evolution explains this fact, let’s move on to the main topic of this article. I will discuss some areas where knowledge of evolution affects everyday life:

Evolution’s biggest use for humans and one of my favorites is in the field of medicine. It won’t be an exaggeration to state that we are alive because of evolutionary theory. Evolution helps us predict the outcome of antibiotic overuse in both humans and livestock and mutation of pathogens such as in the cases of avian flu, west Nile virus etc. We could study parasites such as tubercle bacillus, plasmodium etc. and how they evolve and this knowledge helped in treating resurging and resistant diseases using drug cocktails such as the ones used in the treatment of tuberculosis and HIV/AIDS. 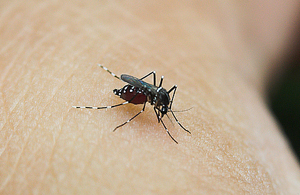 The recent outbreak of SARS and H1N1 show how vulnerable we are to pandemics created by evolved viruses. This combined with the fact that any infected person can reach anywhere in the world in a matter of hours cause the spread of any mutated virus more easy. Hence we must be aware of evolution of pathogens. HIV, a rapidly evolving retrovirus shares common ancestry with SIV (simian immunodeficiency virus). Hence we have new avenues of research into effective treatment of AIDS. Drug cocktails for HIV patients are creating remarkable success around the world. Further, the cocktails need switching so that the virus doesn’t adapt to a particular mix at any time. Only evolution gives insights into the right combinations of antibiotics.

Scientists are in the process of improving vaccines in the light of rapid evolution and antibiotic resistance of microbes so that people can stay resistant to diseases for longer periods of time. In times of scarcity of antibiotics and chemicals extracted from plants and microbes, it is easy to find related species and look for chemicals in them. Knowledge of evolution helps in finding related species. For example, the Pacific Yew tree used to generate Taxol, the drug used to fight cancer became endangered since 4 to 6 trees must be destroyed to produce one dose of Taxol. However, scientists used the common ancestry theory to find other common trees of the same family that contain Taxol-like compounds thereby helping cancer patients and saving lives.

Understanding evolution of a particular gene pool helps biologists manage different species and their habitats. And if unfavorable conditions are located, endangered species of plants and animals can be relocated to more favorable habitats.

The theory of evolution also helps us understand disorders such as autoimmune disorder, ADD etc. Understanding genes and their evolution provide new insights into hereditary diseases. Evolution also throws light into the various factors of human behavior such as existence of aggression and compassion.

Evolution also helps in market research where researchers can find out why certain products sell better than certain others. Economics changes in market systems, barter systems, forms of currency etc. are also studied in the light of evolutionary theory these days.

There are other fields that are totally unrelated to biology where evolution finds application. For example cosmology, geology, meteorology, oceanography, linguistics, sociology, politics, economics, theology and anthropology are some of the field where evolution plays an important role. However, this evolution is not biological evolution. In cosmology and astronomy, scientists study the origin and development of celestial bodies such as black holes and the changes in orbits of these bodies. Formation of land forms and plate tectonics and continental drifts form part of geological studies. In meteorology and oceanography, we have climate change, dynamics of ice ages, El Nino, La Nina, oscillation events etc. In linguistics, researchers study origins and development of languages. Sociology and politics also make use of evolution in studying social norms, customs, political systems etc. In anthropology, we use evolution to study the development and diversification of cultures. Finally theology also makes use of evolution in studying religious practices, beliefs and rise and fall of religions.

The advantage that evolution offers students as a practical science to study life sciences as well as other related fields is profound. It is as important as other scientific theories such as quantum mechanics which describe the world around us. Hence, it is important to be taught in schools and colleges in both breadth and depth so that students who move into fields of biotechnology, agriculture, medicine, molecular biology and even geology and paleontology etc. can benefit in their future academics and research. The fact that our contemporary society has more number of scientists and consumers of science than ever before is in itself a good reason why knowledge of evolution and its education is important. Dieting, pharmacology, cloning, global warming, you name it and evolution plays a role there. Censoring evolution from school and college syllabus hence would eventually thwart progress in the fields mentioned. Thus it is imperative that people accept evolution and teach children about the same from a young age. The why part of science such as the flight of a bird, its songs, the resemblance of children to their parents, the similarities between species, the biochemical processes of eukaryotic cells etc. makes sense only in the light of evolutionary theory.