We learned about charcoal and coke during 8th grade but we didn’t learn how they are produced until 10th grade  when  our beloved Prema madam taught us the process of destructive distillation. I kind of liked the idea since the process reminded us of another experiment I conducted with my brother at home. Most ordinary light bulbs have a component inside that  resembles a miniature test tube which we have used to conduct experiments on projectile motion. 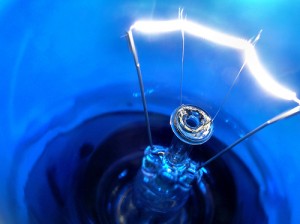 Inside of a light bulb

We found at an early age that the inflammable material at the tip of a match stick can be utilized to launch projectiles. My brother and I were introduced to the test tube like thing by our neighbors. We put the inflammable stuff inside it thing and compressed it from outside. When we applied heat at the open end of the tube, it shot forward like a bullet.

I thought that this tube could also be used for destructive distillation. Science freaks like my friend Shyamlal and I used to sit  in the class and mock spiritual concepts. In Hindi we were taught many lessons depicting stories of Buddha and Vivekananda. This is about an incident centered around a biographical lesson on Vivekananda and his contributions in our 10th grade Hindi text book. 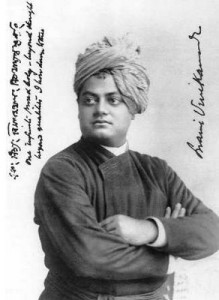 The lesson was nice and at the end of it , there was a couple of paragraphs about his death. It was written that his body which was made of panch bhoot or five elements (earth, ether, fire, water and air) finally got separated from its soul and disintegrated into the earth. I was puzzled and asked Shyamlal who sat next to me “What does that even mean?”. He joked saying, “May be we can do a destructive distillation of his body to find out whether he is composed of panch bhoot!”. I stared at him for a while thinking about what to say.

It was a funny incident but it raised some fundamental questions in our minds. For instance, “Why do we still believe in pseudoscience even though we know that real science says something else?” “Why is it that yoga instructors and Ayurveda practitioners still preach about the vata, pitta and kabha doshas when the actual explanation of the symptoms in the body is different?”

My friend’s joke didn’t decompose Vivekananda. It instead decomposed our views on pseudo-scientific notions about the world around us! And now I like Vivekananda who caused this initiation.