Evolution is a crucial process in the realm of biology, geology, cosmology etc. However, it has been the subject of debates because of misunderstanding that stems out of misinformation. This misunderstanding is often misused against the Theory of Evolution and people who do this get away because they know that common man does not really understand what exactly is going on in evolution. In this article, I will explain Biological Evolution and the concept of Common Ancestry in simple terms so that even common man can get a framework of knowledge on the subject from where he can build up further. 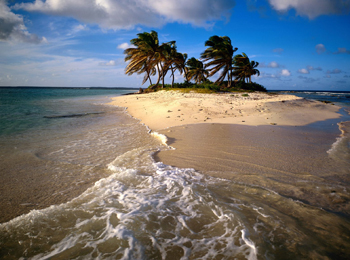 To understand evolution and common ancestry, we must first understand what is “genetic mutation” and “natural selection“. Hence, before we begin, let us make a few assumptions that could simplify the explanation. Imagine an island in the Pacific Ocean. Let’s say it is a sandy island with trees, bushes and plenty of insects and other small creatures etc. Also let’s assume that there is a population of a particular species of lizards living there. Let us call them “Species – A“. Now, these lizards have particular characteristics based on the environment they live in. These characteristics include skin color, body strength, agility, heat resistance and so on. 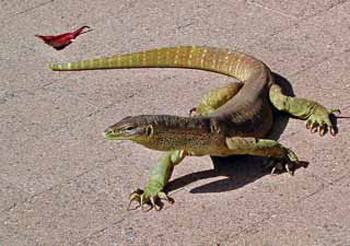 The genes of our lizard species never stay the same during their lifetime. Genetic mutation happens due to several factors which include exposure to chemicals such as pesticides, industrial wastes, extreme climates, radiation from outer space etc. Once mutated, the new gene might carry a positive, negative or neutral trait. New positive traits may form such as improved skin color, stronger limbs, better digestive system and the like. Negative traits may include impaired vision, unwanted skin spots, weaker limbs and so on. 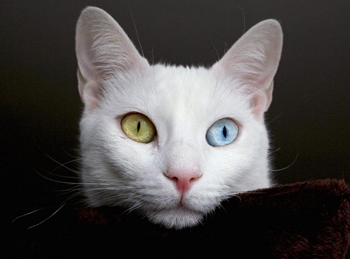 In order to survive, the lizards must consume food, avoid predators and reproduce successfully. Positive traits are the ones that help these lizards survive better in this particular island and negative traits are the ones that make survival difficult. Hence, lizards with positive traits such as stronger limbs have better chance to run after preys and also to avoid being eaten by predators. Further, lizards with skin color more adapted to the surrounding sandy environment also helps camouflaging while it is hunting and also while it is being hunted. Since, the lizards with positive characteristics have better chance of survival, they are more likely to mate and reproduce. When male and female lizards mate, half of the chromosomes from the female combines with half the chromosomes from the male through chance recombination. Therefore, some of the positive traits from both the father and the mother are passed on to the offspring thereby making it fit to survive in the given environment. 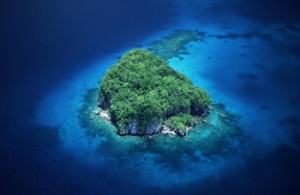 Now, let us say this process of genetic mutation and natural selection goes on for a thousand generations. We now have a species that is extremely adaptive to our sandy Pacific island and different from the parent species. We will call them “Species – A1“. Let us now assume that a few individuals such as a pregnant female or group of pregnant females manage to swim across the sea and arrive at an island that is miles away from our original sandy island. They could also arrive in other ways such as when predators that carry one or more of our lizards or lizard eggs accidentally drops or leaves them on this new island.

Let us assume this is a rocky island with plenty of water, plants and trees but lesser populations of insect and small creatures compared to the original island. The lizards who are used to eating insects, earthworms etc. from the sandy island will soon find that the new island is slightly inhospitable when compared to their “motherland”. They will also find that their softer bodies are not very suitable for the rough terrains of the rocky island. However, they have sufficient water supply, plants etc. The first generation to arrive might either perish totally or return to their homeland or somehow survive eating the little number of insects they have there. 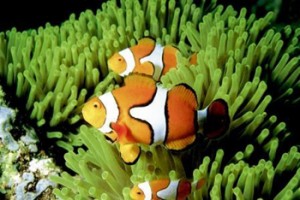 If they choose to survive there, very soon the same process of genetic mutation and natural selection would ensue. This time our lizards need stronger and faster bodies to chase the insects in the tough terrains. They can continue to develop stronger and faster bodies to catch insects and survive for generations or they can switch to eating alternative food sources such as plants or small fishes in the water bodies inside and around the island. If they find plant eating is a good option to survive since they are there in plenty, the subsequent generations would eventually become totally vegetarians. If they choose to eat fishes, subsequent generations would develop traits such as improved streamlined bodies suitable for swimming, agility and alacrity in catching fishes etc. They might even become amphibious in due time by developing traits that would help them survive in water for longer periods of time.

After a few generations, say a thousand generations of genetic mutations and natural selections in the new island, our original lizard species A1 would have developed into a new species of lizards that have diverted in their physical structure, eating habits etc that helps them flourish in the new island. We can now call them “Species – B”. Now, our original Species A1 did not remain the same either in the sandy island. While A1 transformed to B in the rocky island over a thousand generations, A1 was undergoing the same in the original island. Now, after another thousand generations, we have “Species – A2” in the original island. If we take lizard species A2 and B, we find several similarities as well as differences in their body, color, size, overall fitness and even sounds they make. Sandy lizards would move in zig-zag motion which is better suited for sandy environments and the rocky lizards might move faster in straight line, which is suited for rocky environments. 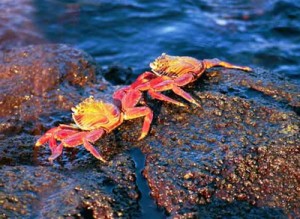 When Darwin arrived at the Galapagos Islands in the pacific, he noticed marked differences and similarities in species of iguanas, tortoises, finches and so on in the different islands in the group. It caused him to think as to whether these species are cousins to each other. And that is what led him and Alfred Russel Wallace and many other biologists to study the process in the subsequent years and establish the theory of evolution by natural selection. This theory is currently the only explanation for the complexity and diversity of living beings on our planet. This theory has survived the test of time and is qualified as a scientific theory because it passes the four criteria I described in my previous article. Today we have enormous amounts of evidence to support the theory which include fossils remains, comparative study of homologous structures, molecular evidence such as ERV (Endogenous Retrovirus) infections in the DNA etc.

These are things I wrote directly from my head based on what I have read and studied. I hope I have accomplished the task of explaining evolution in simplified terms. Please let me know your comments and suggestions if any so that I can make this article better.