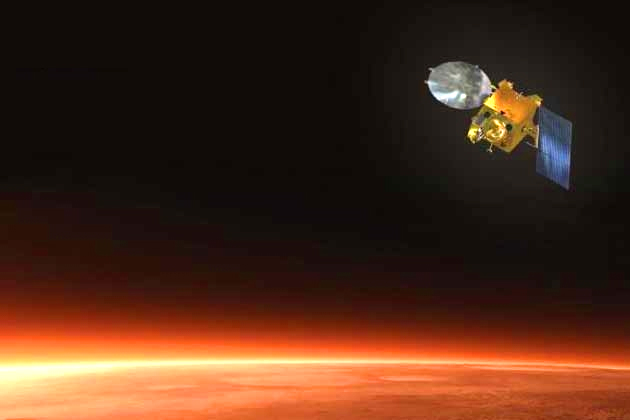 It makes me proud to write the sequel to the article I had written on 5th November 2013, the day India launched her first mission to Mars. The remarkable level of precision achieved by ISRO scientists while inserting the Mars Orbiter spacecraft also known as Mangalyaan into orbit this morning shows the technological prowess that the country has achieved ever since it started its space programme.

Today as ISRO is celebrating its most critical success, I can’t help but remember the scene from the film Contact where Eleanor Arroway played by Jodie Foster talks about what it means to be a visionary. Seeing far into the future is the mark of all visionaries especially those working on space programmes. It takes a lot of thinking to stop oneself from asking the question, “Will this help common people?” I was asked the same question back on 2008 when the Large Hadron Collider was started. Whether scientific endeavors help people immediately is not the right question to ask in my opinion.

As I have mentioned in one of my previous writings, it is hard to predict what would come out of a new scientific project. For example, nobody knew that nonstick frying pans, PET Scans, WiFi and other things that make our lives more meaningful would come out of research in space sciences and technology. These are things that came as spinoffs while scientists worked on various space related projects. Thus there is no way we can disregard endeavors into space just because they are too expensive.

Since I mentioned expense, the MOM is actually less expensive compared to the Mars missions of other countries such as the USA and the former Soviet Union. Even our neighbor who recently had the audacity to declare hostility to us after a bilateral meeting failed to achieve what we have. Even though the mission is less expensive with a small payload, I think we should look at it as a stepping stone to greater missions.

MOM has made India the only country that succeeded in a Mars mission in the first attempt. It won’t be enough to just admire our scientists on a blog post like this but I have to do it nevertheless. Now that we know how to put a satellite around Mars, the next logical step obviously would be to make a landing. But before going that far we must launch more satellite-like missions. Also I think we should try missions that are similar to the Phobos-Grunt of Russia. The ability to bring back samples from such a far away place should be the next stage in our space programme. Returning to Earth is also important for human missions to Mars. Settlement is one thing but the ability to return to Earth equally important

Since we are developing our indigenous lunar rover, we will also be able to develop a Mars rover like the ones used by NASA. So, looking into the future, I can say that we will soon be able to achieve whatever USA and USSR did during the Cold War era. It wouldn’t be an exaggeration to say that the level of success of future missions by ISRO would be even greater than what was achieved by the cold warring nations considering the advancements in technology. 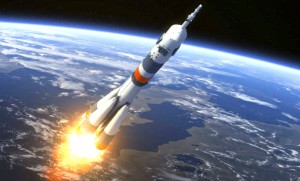 What more can we think about? Will there be a human spaceflight to Mars by ISRO? Will we overtake NASA before 2030? A quick look at the ISRO website and Wikipedia will reveal that India is indeed taking deep space missions seriously. Next year the solar mission called Aditya – 1 and a mission to Venus is planned by ISRO. And there are preparations already underway for a human spaceflight of a crew of two. And of course there is the Chandrayaan – 2, which as I mentioned before will use a rover.

Thus the time is not far before Indian astronauts walk the surface of Moon and Mars and also venture into the far reaches of deep space. To quote Star Trek, “To boldly go where no one has gone before” will be and should be the motto of our future endeavors into space. As we advance into a high-tech future social issues such as poverty and war would cease to exist as we become a technologically advanced super civilization!